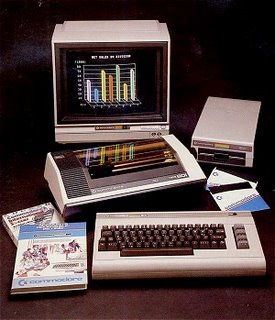 The L.A. Times did a story on devotees of the old Commodore 64 and VIC-20 computers pegged to a user group in Fresno. That's even farther back than This Old Mac:

In an era when a home computer's power is measured in gigabytes, (Robert) Bernardo still counts kilobytes as a devoted Commodore user 12 years after the last machine was assembled.

Once the largest personal computer maker in America, the company behind the VIC-20 and the Commodore 64 introduced millions of people like Bernardo to the digital age. The company went out of business in 1994, but its legacy survives in dozens of Commodore clubs around the country.

Bernardo presides over the Fresno chapter.

Never mind that the VIC-20 has so little usable memory — just 3.5 kilobytes — that it can store only a couple of pages of text in its buffers. Or that Commodore hardware was notoriously clunky and buggy. Bernardo still manages all his e-mail on a 1980s-vintage Commodore 64.

"I've never considered the Commodore obsolete," Bernardo said. "I can still do many things with it — e-mail, browse the Web, word processing, desktop publishing and newsletters. I still do games on it: new games that are copyright 2006, ordered from Germany."

Web browsing on a Commodore 64? If that's possible, anything is. Here's one way to do it on the C64 and lots of other 8-bit hardware, including the Apple ][, VIC-20 and even Game Boy. Here's another place to start for those who want to resurrect and/or trick out a C64.

It makes This Old Mac seems so ... newfangled. And there must be millions of C64s lying around in closets, garages and who knows where. It reminds me of my first computer, a Sinclair ZX81, which actually sold for something like $99 back when "real" computers were still going for $1,000-plus. True to its name, the ZX81 came on the market -- in both preassembled and kit forms-- in 1981. The whole Sinclair c 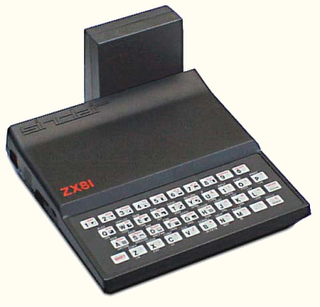 omputer phenomenon was huge in England, but it did have some impact here, too. Start here for some Sinclair history. I kept my Sinclair stuff -- including the crudely printed magazine I subscribed to that featured programs you would type in line by tedious line. At some point, I sold the whole lot at a garage sale for about $10. As you can see, they're still big in Germany, and you can still buy one and build it yourself for $99.
Posted by Steven Rosenberg at 9:17 PM No comments:

This Old Mac is a Powerbook 1400cs/117 mHz, originally with 16 MB RAM and a 750 MB hard drive. Ilene has had it for about 10 years now, and I first had the notion a couple of months ago of updating it and seeing if I can use it as a working laptop. I've learned a lot from the Web, and I will share that knowledge here in the near future.
Posted by Steven Rosenberg at 11:17 PM No comments: